#03: Who is spreading misinformation and why?

Misinformation about climate change are abundant, wherever we turn. Where does it come from and why? 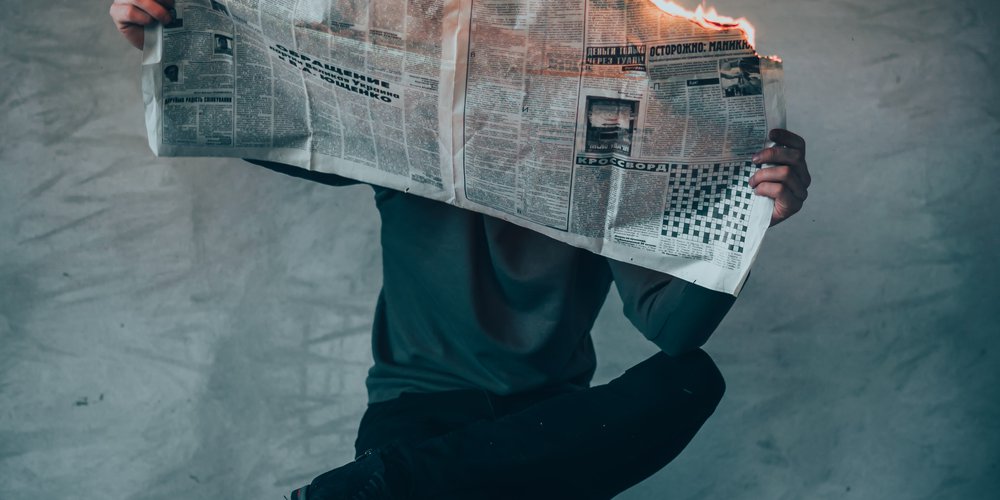 The human race has an ever growing need for energy. Since we stopped relying on candles for light and started using electrical devices, the energy consumption per person has increased immensely over the decades and centuries. After the time of the industrialisation and the technical revolutions of the subsequent decades it's hard to keep track of the amount of energy we consume every day (and it differs widely in dependence on where you live). This energy does not come from nowhere, it needs to be produced. It can be produced by burning fossil fuels, such as oil, natural gas, and coal, and this has been done for centuries. It always was a cheap and also intelligent way of producing energy, and as a matter of fact we probably would not have been able to come to the point where we are without the burning of fossil fuels. It was available in abundance and it was not hard to employ it for our needs. Since energy consumption was going through the roof, it was an obvious choice to burn and burn. Nobody saw a problem with this kind of energy production and the fact that there might be implications for our climate was completely in the unknown.

However, scientists slowly began to realise that burning fossil fuels might be a problem with dire consequences (read a short summary about that development in the next blog post). Also, we found many ways of producing energy without burning coal. Especially renewable energies seem tempting: Producing energy by solar rays or the power of the wind! These technologies have developed very promisingly in the last decades. And since we have such valid alternatives to burning fossil fuels, the competing industries are each trying to be the leader of the pack.

The empire strikes back

The fossil fuel industry has made tremendous amounts of money over the past 100 years. The major players - such as ExxonMobil, Chevron, Shell, or BP - obviously do not want to pass the chair that they earned with hard and honest work over the years. The industries are in fact major: They produce energy for the world, they employ many millions of workers in very diverse areas, and this makes them very influential in politics. Thus, they are well equipped for intense lobbying efforts. And their methods have turned out to be rather ruthless: When the fossil fuel industry was confronted with the growing sector of renewable energies as well as a growing certainty in the climate sciences that their doing may be much more harmful than previously anticipated, they reacted like a cornered animal. What happened then has been described in detail in so many movies (watch/read The Merchants of Doubt!), essays, articles, and books, that it would be a tedious task to tell this story again in a different or even better way. Thus, I will rely on the words of the accomplishedclimatologist and geophysicist Michael Mann (yes, he is one of the experts I told you to listen to), who wrote the book "The Madhouse Effect: How Climate Change Denial Is Threatening Out Planet, Destroying Our Politics, and Driving Us Crazy." An excerpt:

"For decades, industry special interests have financed expensive publicity campaigns, provided with extensive funding to think tanks and front groups, and hired scientists with impressive credentials to attack scientific findings that threaten their product - be it tobacco, industrial chemicals, or fossil fuels (see for a detailed review the book 'The Republican War on Science' by Chris Mooney). [...]

As climate change rose to prominence in the early 1990s, climate science would increasingly find itself in the crosshairs. [...]" 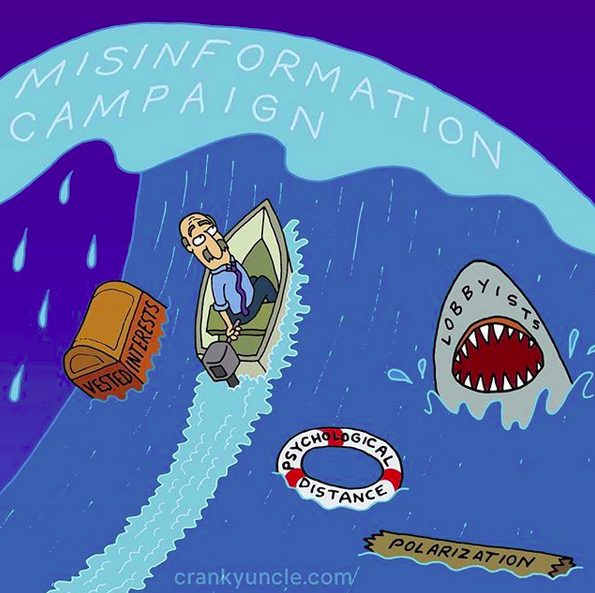 The fall of formerly renowned scientists

Mann goes on to describe the world-class physicist Frederick Seitz, who had impeccable scientific credentials and once served as president of the National Academy of Sciences. But not only that, he also became one of the first of several outstanding scientists bought by interest groups for lobbying purposes.

"As for money, " Mann continues, "the famous Upton Sinclair quip 'It is difficult to get a man to understand something, when his salary depends on his not understanding it' is once again relevant. After retiring from academia in the late 1970s, Seitz received more than $500.000 from tobacco giant R.J. Reynolds for his advocacy in downplaying the health threats of tobacco. In his subsequent role as chair of GMI, he would receive funding from other corporate interests, including fossil fuel giant ExxonMobil, to downplay the threat of climate change (for more information and background see the book 'The Merchants of Doubt' by Naomi Oreskes and Erik M. Conway)."

What happened with Seitz (and also with S. Fred Singer, see graphics) was only the beginning of a global and expensive disinformation campaign by the fossil fuel industry (see references on Seitz’ life and his worrying ties ondesmog). Think tanks (such as the infamous Heartland Institute) have attacked climate scientists and sown doubt on the whole topic of climate change, which is already so complex and complicated in itself. It would really go beyond the scope of this small blog post to give a detailed review of all the subsequent fights that have been initiated against climate science and climate scientists personally. But for one, we will stumble upon this topic again and again in this blog, adding more and more detail to it. And secondly, I can encourage you to excellent resources on the topic: (i) read the aforementioned "The Madhouse Effect" by Mike Mann, (ii) watch or read "The Merchants of Doubt" by Oreskes/Conway, and (iii) if you don't want to order a book and wait for it, but rather want to directly keep reading, take a sample of the following articles including references:

For all my German readers (yes, I do know there are some) I want to provide this very interesting and revealing piece about the Heartland Institute.