#07: On Skepticism and Scientific Research

Science deniers have hi-jacked the term 'skepticism' and this is mainly due to the public understanding (or the lack thereof) of the scientific process. This post offers some clarification on both topics. 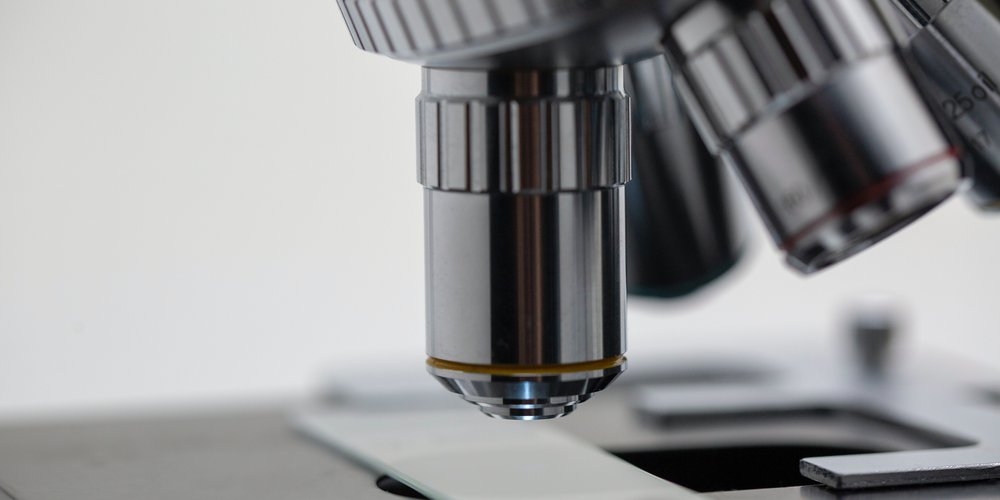 There are many myths about climate science that are being spewed out by climate science deniers, some of the most popular ones are "Climate change is not happening", "Climate change has stopped in 1998", or "Climate change is not caused by humans". But the one that is probably grinding my gears the most is that climate scientists are faking their findings in order to make it appear as if climate change were happening. They are doing this because they want people to think our world is in danger ("fear-mongering scientists") so that the governments of the world are forced to introduce market regulations (like putting prices on carbon emissions). Climate scientists are doing this, because they want the grant money they need to fund their research, which is also where the often quoted unofficial name of this myth stems from: "They are in it for the money". Without the reality of climate change happening, they would be out of work.

Skepticism in the scientific process
It's hard to find a starting point for explaining how many falsehoods, misconceptions, and conspiracies are woven into this one single myth. I have never been working in any research fields of climate science, but I have spent a decade in the scientific community - and since this myth is referring to details of scientific research and the scientific system as a whole, I know how wrong the accusations here are. Thus, I have written several drafts on explaining the fundamental wrongness of this myth, only to find out shortly after that again someone has put it to better words than I had the ability to. So I will leave you with the words of renowned climate scientist Michael Mann for an eloquent description of the scientific process and true skepticism.


"True scientific skepticism takes many forms. Skepticism takes place in the give-and-take at scientific meetings, where scientists present their findings and then address questions, criticisms, and challenges from their colleagues in the audience. It takes place in the form of peer review: Scientists write up their findings and submit them to journals. The journals select several other scientists with expertise in the field to critically evaluate the submission. If they find flaws [...], the authors must revise and resubmit. This process might be repeated a number of times for a single article. In the end, the article is published if and only if the editor determines that the authors have satisfactorily addressed any concerns or critiques raised during the review process and that the manuscript represents a positive contribution to the existing literature.


The quality-control process of peer review isn't perfect, of course, and flawed work inevitably gets published. Certainly, no single scientific article ever defines the collective body of knowledge. And so there is even peer review of peer review in the form of multi-authored scientific assessments, like those by the National Academy of Sciences, that evaluate the collective evidence in the peer reviewed literature on a particular topic and summarize the state of knowledge on the topic. These assessments, too, are peer-reviewed for accuracy, objectivity, and thoroughness." 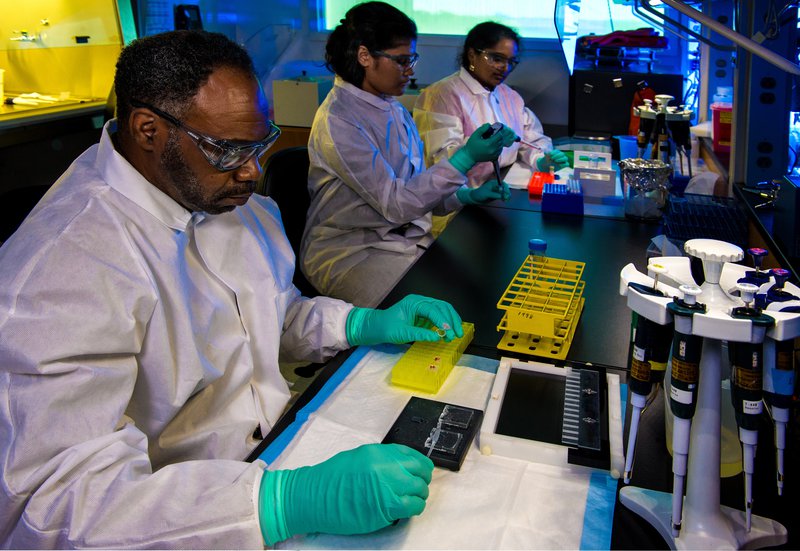 Is everyone "in on it"? Would that even work?
Just a small intermission to Mann's text: This means that every peer-reviewed submission to a journal is checked by several experts of the field and the editor of the journal for its accuracy and veracity. These experts and their affiliations are of course not chosen by (and also not known to) the submitting author. So if we take the initial myth that climate scientists are deliberately submitting misleading research results to spread fear or to support an agenda or to secure funding, basically everyone has to be in on this. The authors of the piece of "research", the editor of the journal, and all the anonymous peer reviewing experts on the field (usually about three reviewers of mandatorily different institutions). And even if they were in on it and would succeed in publishing this false article, this would only be one article. In order to make that article count, it needs to (i) be cited by as many other researchers as possible, (ii) the results need to be reproducible and thus checked by other scientists (and if the results are flawed you will have to write errata for your article, which is damaging to the article, the authors, and the journal's reputation), and (iii) of course as many other articles as possible should come to the same conclusion as the false article, favorably by applying different methods of research. To make a long story short: If you want to pull this off, the whole scientific community needs to be in on it. Having spent such a long time in science, I can assure you that this is plain impossible. It's hard to find words that express how ludicrous the claim of faked climate science is. It would require many thousands of researchers of hundreds of independent institutions all over the world to support this unethical process. But before I bite my keyboard just thinking about this, I rather quote Prof. Richard Alley, a well-known geologist and climatologist:


"We scientists are simply not socially skilled enough or politically homogeneous enough to organize ourselves to deliberately hoax the world. We might have a little me-too-isms at times, and we do watch the sources of our funding, but these are simply not strong enough for us to mistake black for white, or even red for blue. The basis of global-warming science is unavoidable physics. [...] This is not a political statement, no matter what some commentators on the fringe may be telling you; it is physics."


So... no: scientists are not "in it for the money". But still this myth prevails. How, come, Prof. Mann?

Exploiting weaknesses of the scientific system
Prof. Mann: "The fact of the matter, however, is that there is a weakness in the scientific system that can be exploited. The weakness is in the public understanding of science, which turns out to be crucial for translating science into public policy. Deliberate confusion can be sown under a false pretext of 'skepticism'. And the scientific process is continually under assault by bad-faith doubt mongers.

There is, for example, the whole duplicitous game of assigning motives. Critics sometimes seek to cast suspicion on the scientific enterprise by suggesting that it is compromised by a conspiracy of ulteriour-motive-driven individuals. 'The scientists are in it for the money', they say, seeking to 'get rich of government grant money'. Ironically, there is no small amount of projection here. These accusations, after all, are typically made by talking heads who get paid hefty sums by industry front groups to peddle disinformation to the public and to attack the scientists (see Michael Mann, The Hockey Stick and the Climate Wars, 2013). But what about the substance of the accusation? Do climate scientists, for example, seek to reinforce the dominant narrative that climate change is real and caused by humans to generate concern from the public and policy makers just so they can guarantee the ongoing availability of government grant support for their work?

To understand just how absurd that premise is, we have to understand something about how science really works. In science, you don't make a name for yourself by simply reinforcing the dominant narrative. You don't get articles published in the premier journals Nature and Science by simply showing that others were right. The way you establish a name for yourself in the world of science is by demonstrating something new or surprising, by contradicting conventional wisdom. A record of novel, groundbreaking work is what gets you tenure, what helps bring in research grants, what leads to salary increases from your institution.

Any scientist who could soundly demonstrate that Earth is not warming would become an instant science celebrity. A scientist who could definitively explain the warming of Earth by natural rather than human causes would have prominent articles published in Nature and Science. He or she would appear on the network news and make the cover of Scientific American. Such an individual would be tenured, promoted, likely elected to the National Academy of Sciences. The scientist would go down in history as one of the great paradigm breakers of all time, part of the exclusive club that includes Galileo, Newton, Darwin, Einstein, and Wegener (of plate tectonics fame). Such a scientist would, in short, achieve both fame and fortune."


This excerpt of Michael Mann's "The Madhouse Effect" hits the nail on the head. Today's climate deniers enjoy calling themselves skeptics, although skepticism is something completely different. Science is by its very nature skeptical. Skepticism is the open-minded evaluation of all the available evidence before coming to a conclusion. In the case of climate science, our understanding comes from considering the full body of scientific evidence and by being 'skeptical' for well over two centuries of progress in the field.

Whatever happened to the term 'skepticism'?

In recent years, the term ‘skepticism’ has regularly been misrepresented by climate denialists, who describe themselves as ‘climate skeptics’ to portray their closed minded views as a ‘healthy questioning of scientific topics’. However, their approach is the polar opposite to genuine skepticism: It begins with a predetermined position and interprets the evidence to suit that preference. Furthermore, climate 'skeptics' vigorously attack any evidence for man-made global warming yet uncritically embrace any argument, op-ed, blog, or study that supposedly refutes global warming. This constitutes cherry picking of data that supports just one perspective, while fighting tooth and nail against any evidence that contradicts that position. This can be further clarified with an example: Considering a random hypothesis that is supported by 99% of the evidence, a true skeptic comes to the conclusion that this hypothesis is probably true. In contrast, a denier who for some reason happens to support the other 1% of the evidence will conclude that the hypothesis is wrong. A common denialist approach in defending this stance may then be to either reduce their analysis of the hypothesis to the 1% that suits their purpose (cherry picking) or to criticise that the science is not settled (i.e. it is not supported by 100% of the evidence). In sum, skepticism is a process, denial is a position (this definition is taken from the WSPC Climate Encyclopedia). 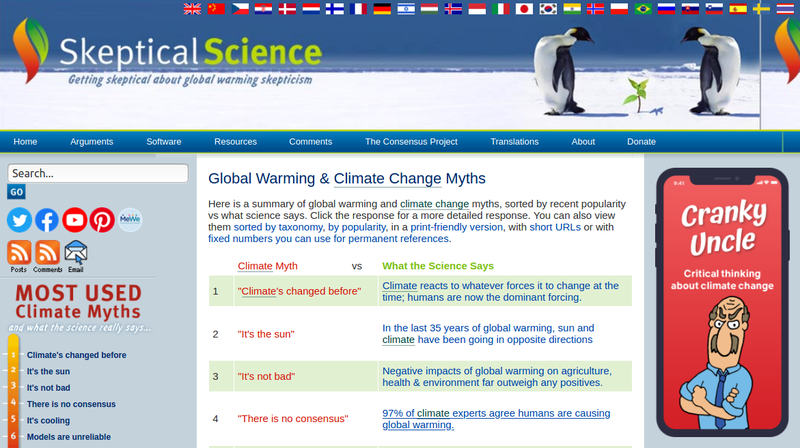 It must be acknowledged that the term 'skepticism' has been hi-jacked by climate science deniers so successfully that it is difficult to use the term in a normal environment with its actual meaning. I, for one, am working together with the team of Skeptical Science, a non-profit science education organisation, run by a global team of volunteers. However, whenever I talk about my collaboration with this team, I need to send a disclaimer first: "When you see the name of our team, please remember that we are talking about healthy scientific skepticism, and not about the interpretation of skepticism that climate science deniers happily employ." Skeptical Science has been named one of the best websites for climate science fact checks by the New York Times and numerous renowned climate scientists are recommending the website. If you are not too tired by reading this blog post - which ended up being a bit longer than originally planned -, feel free to roam the scores of pages of debunked climate myths on Skeptical Science.