Intermission: How we lost our trust in politics and science

During this pandemic it becomes very clear, how fragile our trust in our elected officials and in the scientific community actually is. But how has it come to this? Or was it always like that? 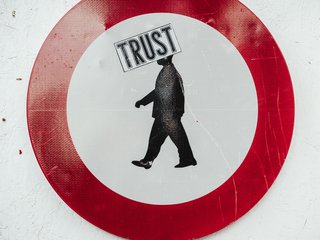 In Part 1 of this Covid Intermission we talked about why I wear a mask and how other people do not do that. In Part 2 we had a closer look at how governments of the world followed the scientific recommendations to stop the spread and how the pandemic was politicised as a consequence. Part 3 now takes us to the very general question: Whatever happened to us and what happened to the basic trust we used to have in politicians? The political response to the Covid-19 pandemic is a train wreck in many parts of the world, although it could be much easier if they listened more to the scientific advise. But the push from political right wing groups, conspiracy theorists, scientific misinformation, and deeply desperate people has hampered a proper response to the needs of the moment. The trust in the decisions of our governments was never universal, but it never seemed as fragile as it does now.

How the internet has taught us doubt

First of all: we never trusted our elected officials politicians blindly, of course not. And this is a good thing. They are people and people are fallible. Apart from that, they often have agendas that convince them not to do the best for their electorate, but the best for their bank account or job security. No human being should be followed blindly. But it would be nice to have at least a little trust in institutions and governments, because otherwise voting and democracy would make no sense at all. But by some strange reason this trust seems to vanish more and more in the past few decades. 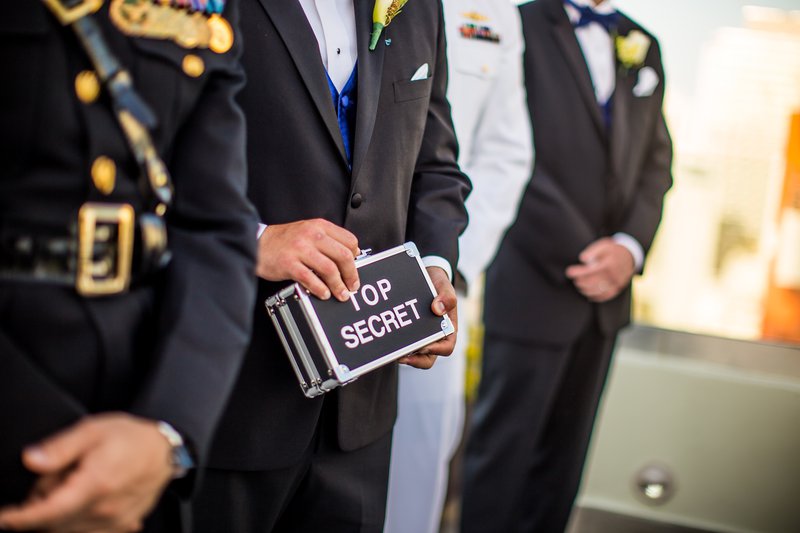 Before we were living in democratic countries and were allowed to elect the people that should represent us in government, our aristocratic leaders were monarchs or people of similar positions of power. These leaders were mainly satisfied if their people were working enough, bringing in the harvest, and not coming with pitchforks to their castles. It was pretty sufficient to keep them alive and at least content enough to not start a revolution. Apart from that our leaders could do whatever they wanted, because they didn't need to fear their dwindling likability or the upcoming elections. This whole thing got much more complicated when the first democratic elections were held and the nations leaders could be held responsible for their doing. Suddenly the stakes were high: Hold your campaign promises and satisfy your electorate, otherwise you will not be elected again and your turn at being in a position of power will be short. This does not mean that you have to be perfect... but you should probably not be caught doing something bad or dirty, because it might ruin your reputation.


Getting caught is so much easier today
Everyone is doing something bad or dirty from time to time. Politicians as well as all of us. But as a politician it is even more important to not get caught. But getting caught has become so much easier now in the times of the internet. Not long ago, in the 1970s, the Nixon administration was trying to get some dirt on their political rivals. They organised a break in at the Democratic National Committee headquarters and planted taping systems in the Oval Office. It became known as the Watergate scandal, and compared with today's possibilities it seems pretty old school. Burglars, tapes... nowadays, all that it takes is one flimsy laptop and an internet connection. How so? Let's start simple: A common trend in German politics in the past ten years was finding proof of plagiarism in the doctoral dissertations of politicians. This started with the Minister of Defence Karl-Theodor zu Guttenberg and the last prominent case is Secretary of State Wolfgang Dippel. In between, there is a long list of delinquents accused of plagiarism in Germany (not all of the listed are politicians). What does it take to identify such a case of plagiarism? Well, for starters, you need to know the name of the person and be sure they have a doctoral degree. Look up the dissertation on the internet (yes, they are public) and start reading and comparing the referenced literature and other literature of the field (also mostly public). If you are devoted to this and have much time on your hand, this might already be sufficient to find a case of plagiarism. The consequence usually is a a big scandal, the withdrawal of the degree, and the resignation of the person from the public office. Case closed. 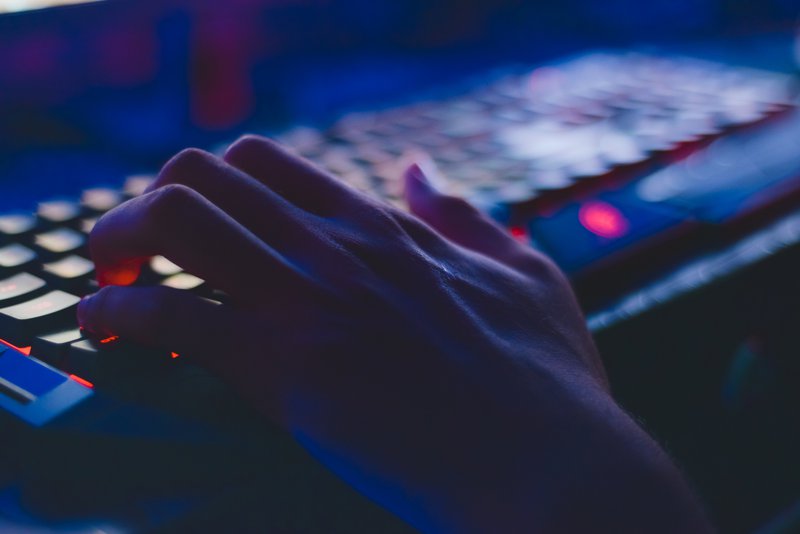 And this is just an easy example. Digging up dirt on persons of public interest is not hard with a computer and it's getting easier as our lives get more and more connected to the internet. If you went to a Halloween party yesterday and someone put your (insensitive) blackface to Facebook or Instagram, this may haunt you for your whole life. And you don't even have to be as careless as that. It may suffice to write emails from the wrong account and be hacked by some group or single person or whoever anon. Suddenly your mails are out there (right, Hillary?). Or take whistle blowers. Even if you work in highly sensitive secure areas, if you fuck up, there might be someone blowing a whistle. In the age of the internet and WikiLeaks, the whistle blower has the platform and publicity like no one 30 ago may have imagined possible. And if you touched a woman in an unsavoury and uninvited way in the 1980s, this might come back to bite your ass during your election campaign in 2016. I am not saying that the wrong doings of these people are excusable, are not too bad, or just locker room banter. I am also not saying that the internet and/or whistle blowers are bad, no way! I am merely stating that in times before the internet it was much easier to get away with your felonies, blackfaces, and other wrong doings. But not today anymore. If the wrong thing is found at the right time (or the other way around), these things will decide over elections.

Compared to politicians, the scientific community should have an easier life when it comes to gaining the trust of people. They have no hidden agendas and they cannot simply publish wrong results that stand the test of time. Published science is reproduced again and again in the scientific workflow, by other independent scientists from all over the world. If your publication manages to survive this scrutiny, it still needs to hold stand against the publication of new evidence in the field. Science in itself is independent and cannot be messed with easily. Politicians can be bought, they can make severe mistakes they cannot take back, and ruin their reputation. All of this can theoretically happen to scientists, too. They can be bought (hello, Mr Giaever), they can make mistakes they cannot take back ("Whatever has once been thought, can never be taken back", Dürrenmatt, "The Physicists"), and they can ruin their reputation on the way. But since the scientific community is a huge international group of independent institutions, single individuals cannot make a difference easily. If something is considered a consensus in the scientific community, then this is not the doing of one individual, but the collaboration of thousands of people. That makes scientists stand above distrust. And I wish it were that easy. 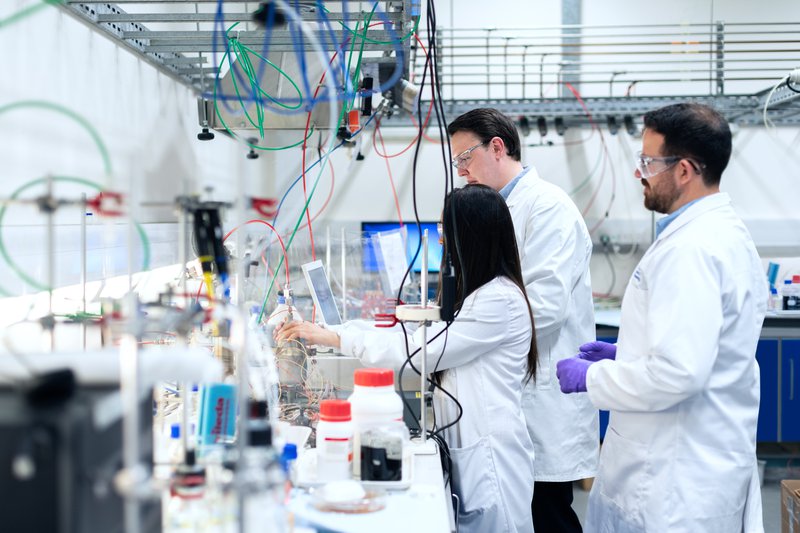 Alas, since politicians need to rely on the scientific community for creating sensible policies, science itself will come into the grinding gullet of politics. When science established in the 1960s that smoking causes cancer, the powerful tobacco lobby created a so-called playbook (which was much later in part made public by whistleblowers, here we go again!). The playbook describes possible ploys to hide the scientific findings that smoking causes cancer. Among these ploys are the attacking of scientists personally, creating doubt about the certainty of scientific findings, funding studies to undermine scientific consensus, and other intense lobbying efforts (if you are interested in this topic, read or watch "The Merchants of Doubt" by Naomi Oreskes). Coincidentally, these ploys were so extremely effective that they have been employed ever since for several fields: Doubt on tobacco, doubt on climate change, doubt on Covid-19. They have hacked the emails of renowned climate scientists and published them in an effort they called climategate. But since they couldn't find any meaningful problems or signs of any science conspiracy, they simply took some few sentences completely out of context and fed them to the people to create a narrative of lying scientists. Although it was easy and quick for the accused scientists to rectify the assumptions by explaining the context, the media were all over it and some of it stuck (just like some people still believe that vaccines cause autism, although the underlying scientific publication was proven to be cooked and the scientist had to redact it and fell from grace eternally). Another ploy is using fake experts to sow doubt and distrust on science, making a scientific consensus seem very fragile:


Although scientists are certain that smoking causes cancer, it took decades until people had understood it.

Although scientists are certain that human activities are the main contributor to climate change, even today many people doubt it (or don't know about the scientific consensus at all).

Although scientists are certain about social distancing measures and face masks as a useful means to prevent the spread of Covid-19, there are still people parading on the streets that claim they know it better because they have seen some YouTube Videos that beg to differ.


To be completely fair about this comparison of the three scenarios I want to add that of course we are much more certain about the first two than the last one. We've only known Covid-19 for not only a year, while the other research on tobacco and climate change has been ongoing for decades. Still, all of them are attacked in the same way. Because they are inconvenient and people are not happy with the implications of the scientific findings. Science causes distress for powerful lobbies such as tobacco and fossil fuel. And science causes distress for everyday working people that lose their jobs and companies due to Covid-19 lockdowns. So the pushback against science is understable, but still it is wrong.


But what can we do to counteract the distrust?
Just like the internet can be used to sow doubt and distrust, scientists can also use it to step out of their ivory tower and connect with the regular people. It does not suffice to write scientific articles that are read by other scientists... instead science needs to be accessible and easily comprehensible. Fortunately, many scientists of today do exactly that. They use social media to get in touch with us and to explain the fallacies, the facts, and everything in between. Some of my favorites are Michael Mann, Katharine Hayhoe, Naomi Oreskes, Stefan Rahmstorf, and John Cook. This list is by no means exhaustive. Go and follow them for some good scientific context. 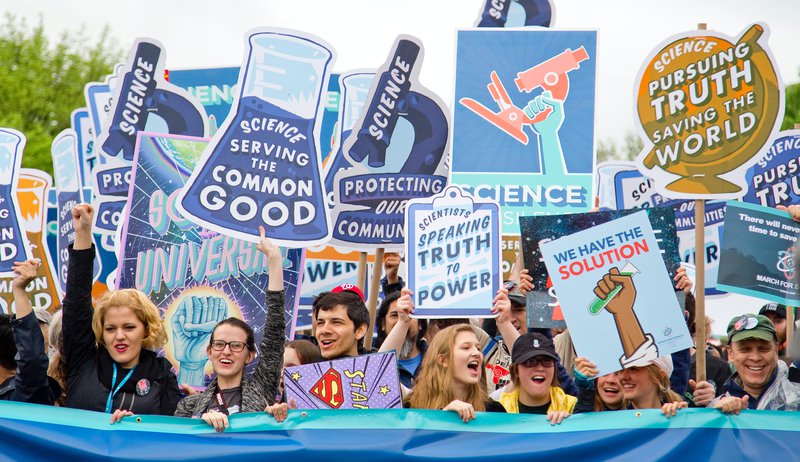 If you are interested in the topic of our lost faith in institutions, governments, and elites, refer to these sources:

Why we stopped trusting elites (The Guardian)

How they made us doubt everything (BBC Podcast)

And I for myself will go back to climate change and related topics, instead of delving ever more deeply into the Covid-19 topic. After all I only planned to write a single article and wrote three instead (and I still had to force myself to keep it short). Anyway, thanks for reading.